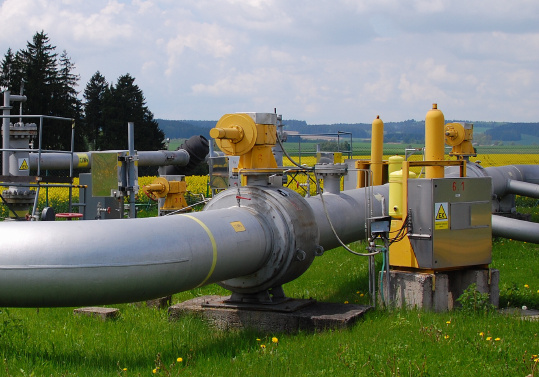 View Larger Image
For the deteriorating relationship with the Western deteriorating, Russian energy industry is treating Asia as its new axis of business. Russian oil export to the region has already reached a new high level in history. Many analysts also predict that Russia will promote part of Asian energy enterprises largely.

Trading figures and estimation of analysts show that 30% of total volume of Russian oil export enters into Asian market since 2014. Proportion which exceeds 1.2 million barrels per day is the highest level in history. Data of IEA points out that only one fifth of Russian oil export volume entered into the Asian-Pacific region in 2012.

Meanwhile, oil export volume that Russia uses the largest pipe system to transmit oil to Europe decreases from daily 3.72 barrels, the peak in May 2012 to daily less than 3 million barrels in this July substantially.

Most of oil that Russia exports to Asia is supplied to China. For the tension relationship with Europe, Russia is seeking for strengthening the relationship with Asian region which has extreme desire for energy. Price is slightly higher than standard price in Dubai. However, for Asian purchaser, a extra benefit is that they are close to Russian. And they can have a diversified choice beside the Middle East where relative frequent chaos caused by war exists.

The impacts caused by the sanctions of the Western on Russian gas industry are still unclear. But many energy enterprises warn that the sanctions may have high risks which may also affect the gas supply contract which was signed between China and Russia in May this year, worth for 4 hundred billion dollars. To carry out the contract, an individual gas transmission pipeline and new exploration are needed.

Johannes Benigni, the principal of JBC Energy, a consulting enterprise said, “From the mid range, Russia must transmit more oil to Asia.

Asia cannot only benefit from more Russian oil coming. The sanctions of the Western which was started in the early of this month restrict export goods to Russia which are used for exploration in deep sea, the Arctic Ocean and shale geological zone and technical transformation.

Analysts consider that Honghua Group coming from China is the most obvious possible beneficiary who benefits from the sanctions, which is one of the largest global manufacturers of inland drilling platform. 12% of total revenue comes from Russia and its clients contain Eurasin Drilling Corporation and ERIELL Group.

Gordon Kwan, the research executive of oil and gas of Nomura said, “Honghua Group can provide drilling platforms whose quality is equivalent to those manufactured by enterprises in the Western while has 20% of discount on price. More over, it is cheaper and more effective on transportation due to connection of railway without using shipping.